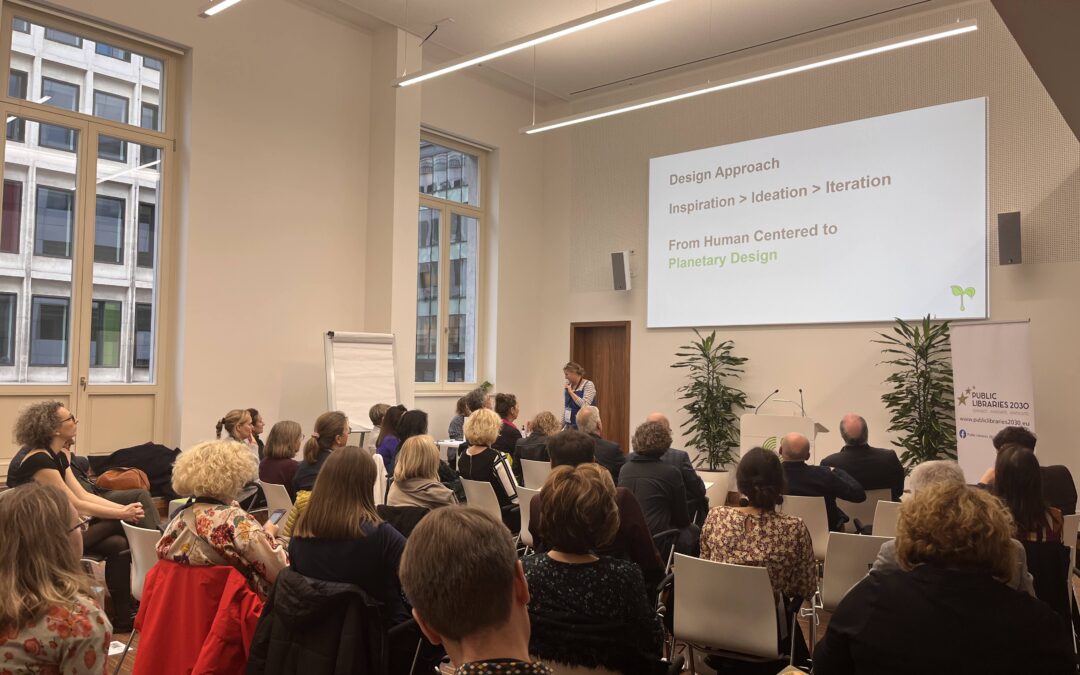 Earlier this year, we received funding from the Belgian Erasmus+ National Agency to support our Lighthouse Libraries thematic work. This work will see us work on three cross-cutting themes: the digital world, environment and sustainability, and democracy and citizen engagement. Throughout this process, library professionals in our Lighthouse Libraries network will help shape the scope and language for the sector, identify best practices, and develop advocacy guidelines for libraries to use.

To help us start this work, we heard from three speakers from outside the library sector to give us their perspectives on these issues. Lieven De Marez, Professor at the University of Ghent, presented the ongoing change of relationship between digital technology and people where most of the population is either worried about the infiltration of tech in their lives or is fairly nonchalant about pervasive elements. Professor De Marez highlighted that in his eyes, democracy hinges on people being well informed and libraries are a key to this as they offer a balance between the digital and the person. Additionally, he proposed a new perspective on the digital divide wherein not just those who cannot access devices or lack digital skills are included in this definition but rather it is expanded to include those who are not sufficiently informed about technology and its impact to have a critical position.

Following on from this, we heard from Anthony Zacharzewski, President of Democratic Society (DemSoc), who explored the relationship between libraries and democracy. In his eyes, libraries are a place to invent yourself as a citizen and therefore, as institutions and more importantly as social infrastructure, libraries play a key role in the social and civic fabric of society in offering avenues of exchange between citizens as well as a way to engage in a level field with policymakers. As part of his work at DemSoc, they are facilitating the work of the EU Mission Cities. Critically, he views this as an opportunity to not just have a dialogue between the mayors of the selected cities and the European Commission and vice versa but rather a way to engage and inform citizens about this. At its heart, cities are complex ecosystems with various centres of power and these must be leveraged properly to achieve cultural and systemic change.

Last in the opening keynotes that gave us framing information for the day was Claudia Hahn, Policy Officer at DG Environment of the European Commission. To start us off, she highlighted the three major and interrelated ecological crises: climate change, biodiversity loss, and pollution with our unsustainable use of resources as a key driver to all these issues. After offering this perspective, she presented European initiatives such as the European Climate Pact and discussed the notion of generational justice as part of climate change which generated a thorough explanation of the challenges faced in the fight against climate change today.

Following on from a lunch break at STAM Europa where we heard about their vision (presentation below!) for the space and to help us digest all this information, we split into three groups for afternoon workshops where we worked on defining the scope of each topic for libraries. This was a challenging exercise for all the groups to define how they want to approach these topics and how these can be relevant to them now and in 10 years time. After a few hours of hard work, the workshops came to an end with each of the facilitators summarising the scope defined in the groups.

This initial work will frame the rest of the work we do through this project and in future meetings we hold. Watch this space for more information! 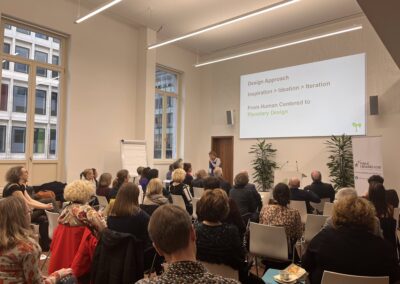 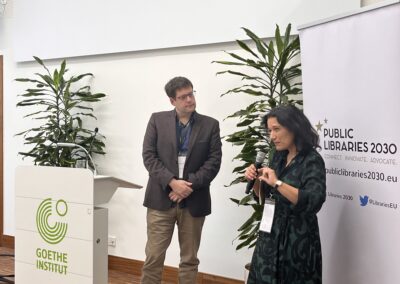 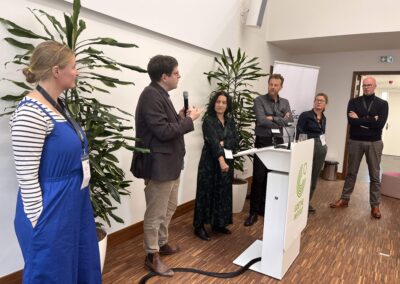 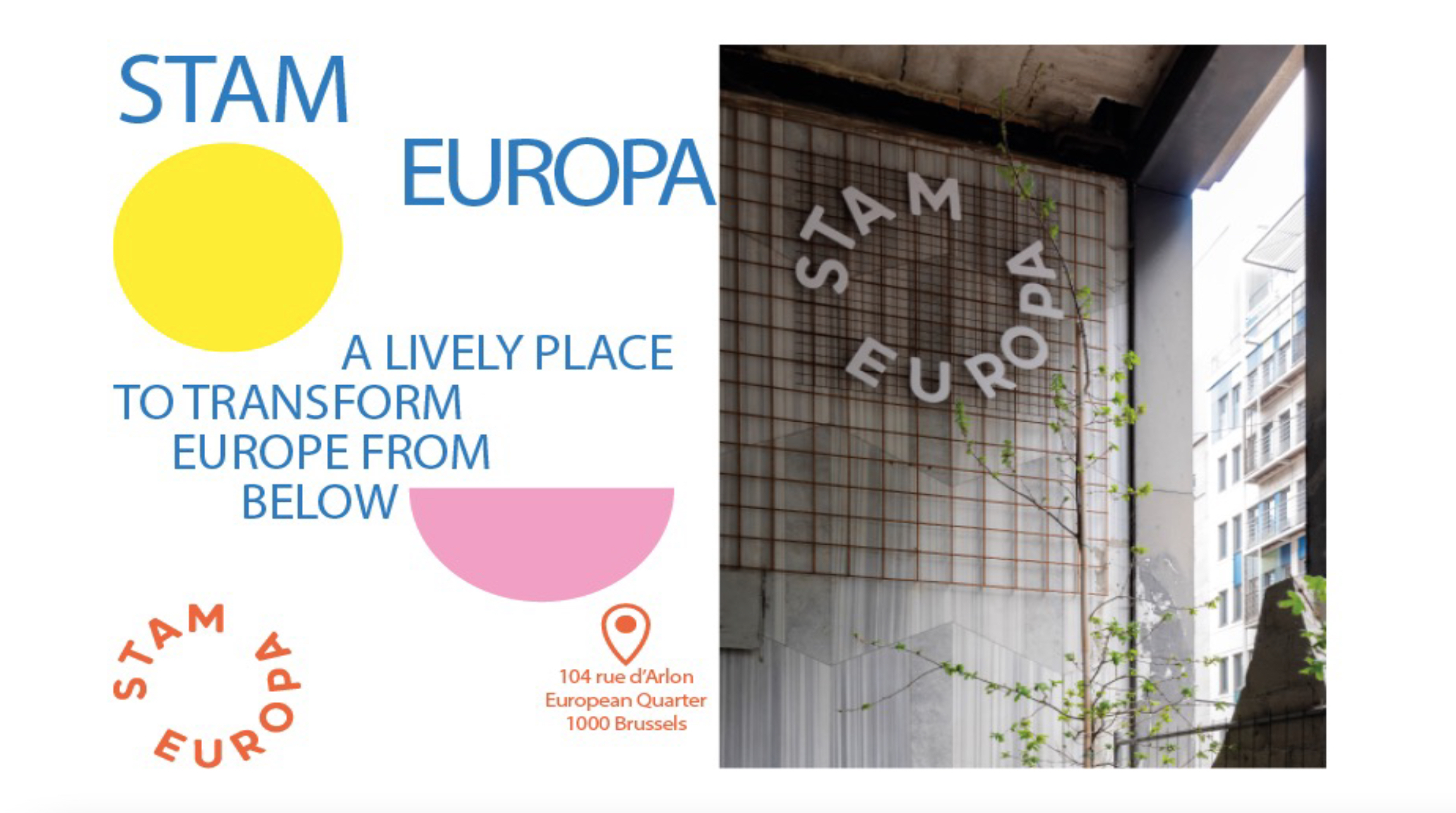