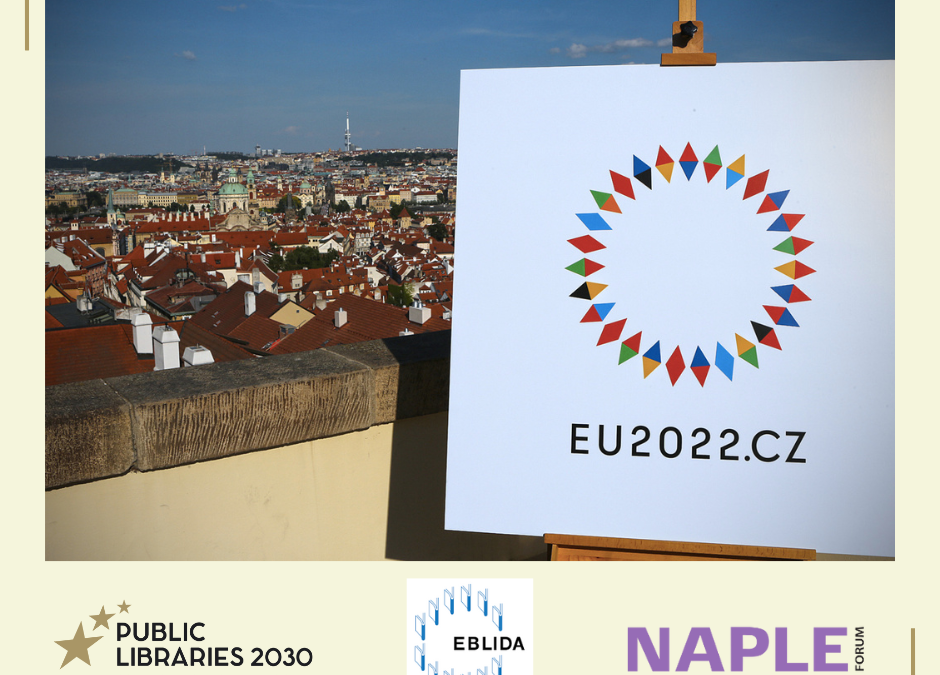 With the release of the European Union’s Work Plan for Culture 2023-2026, we are delighted to see that it aims to foster the development of libraries and recognises libraries as providers of peaceful and safe environments for vulnerable people and their role in Europe’s democratic, social, cultural, and educational landscape.

The adoption of this work plan sets out an exciting and innovative path for libraries to get involved at a national and European level.

As part of the partnership between PL2030, EBLIDA, and NAPLE, coordinated actions were taken to meet with policymakers and highlight the important work carried out by libraries across Europe. Through this synchronised work, we have created an opportunity for Europe’s public libraries to be recognised and involved in the EU’s work. It is through this partnership that we have been able to reach policymakers and enable the recognition of libraries and their role.

We look forward to taking part in the working methods listed in the Work Plan for Culture 2023-2026 and supporting libraries in their involvement with these methods.

PL2030 is a Brussels-based organisation working for over seven years to build connections between innovative library practice and build recognition of the contribution of the library sector in EU institutions.

EBLIDA is the community and networking hub for all library, information and documentation associations and institutions in Europe striving towards a sustainable, democratic and equitable society.

NAPLE is an international non-governmental association pursuing the interests of the national library authorities in Europe. Its main aim is to promote principles and strategies for public library policies.