Embarking on the Digital Travellers Journey 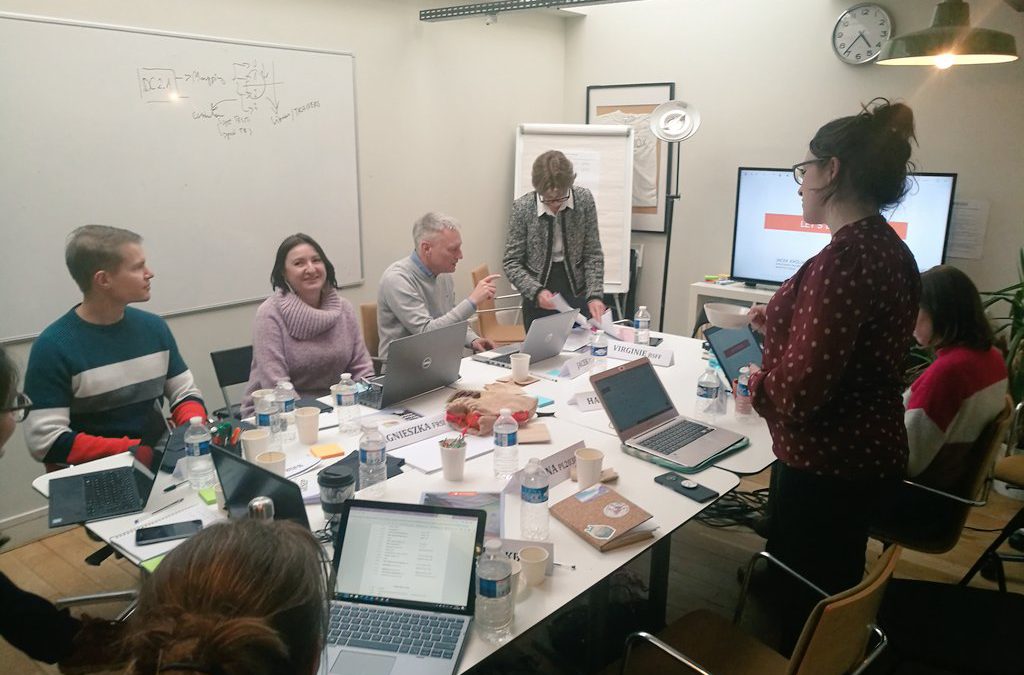 We have officially launched the Digital Travellers project!

Our aim with this project is to foster digital inclusion of people whose lack of digital skills impedes their participation in society. European Commission data shows that almost half of Europeans (44%) do not have basic digital skills, and at the same time it is predicted that 90% of future jobs will require digital skills. Furthermore, our society is becoming increasingly digital and basic digital skills are needed for daily tasks such as online banking, paying bills, and government services.

Our target groups cover a range of people including, but not limited to, older citizens, migrants, and people from underprivileged background. To accommodate each partner country’s various target groups, the resources produced will be adapted to each local context.

Throughout this project, we will work with public libraries, who are ideally placed, to reach out to digitally excluded users.

Our first objective is to train a sample of 80 librarians, provide them with appropriate resources, and have them train a group of 4,000 digitally excluded people in the four countries involved in the pilot: Belgium, Finland, the Netherlands and Poland.

The ultimate objective of the project is to show that the ‘train the trainer’ approach can easily and efficiently be replicated, by all interested European partners in their respective areas of influence making it easier to reach a significant audience.

All resources used for the pilot sessions will be made available online, under Creative Common licenses, for everyone to use freely and at no cost. Supporting documents will be in English as well as in other local languages.

To support and facilitate the dissemination of the resources, the project will scale up and tailor the Voyageurs du Numérique (VDN) (“Digital Travellers”) platform, initially developed by Bibliothèques Sans Frontières France.

Once the results of the pilot sessions have been analysed and, required improvements made, we will organise 4 national conferences – 1 in each of the partner countries – and 1 international conference in Brussels.

PL2030 will be in charge of the communications for this project so watch this space and our social media for project updates!